PALFINGER assumes an active role in shaping standards and guidelines regarding products, becomes involved through its memberships in various associations, and cooperates with local educational organizations and institutes. As a Climate Alliance enterprise, PALFINGER is committed to playing an active role in protecting the environment. PALFINGER also took on the role of respACT country coordinator for Salzburg. Through its Code of Conduct, PALFINGER embraces and supports the UN Global Compact and thus undertakes to adhere to the UNGC’s core values in the areas of human rights, labour conditions, the environment and anti-corruption. Within the scope of its global operations, PALFINGER has initiated training programmes, also in cooperation with local institutions.

PALFINGER’s commitment is, for example, reflected in its donations and sponsoring activities. When it comes to the sponsoring of sports, culture and charities, PALFINGER attaches great importance to continuity and long-term commitment. The successful deployment of funds is monitored. PALFINGER wants its employees to take pride in its social commitment. No donations have been or will be made to political parties, party-affiliated or other political organizations.

PALFINGER uses sponsoring to enhance brand awareness, staff motivation and customer relationship management. PALFINGER’s aim is to promote the sporting and psychological development of athletes and thereby to make them more successful. PALFINGER supports sportsmen and sportswomen who stand for motivation, endurance, dynamism, strength, technique and precision – the very attributes that are characteristic of the high tech products created by PALFINGER. 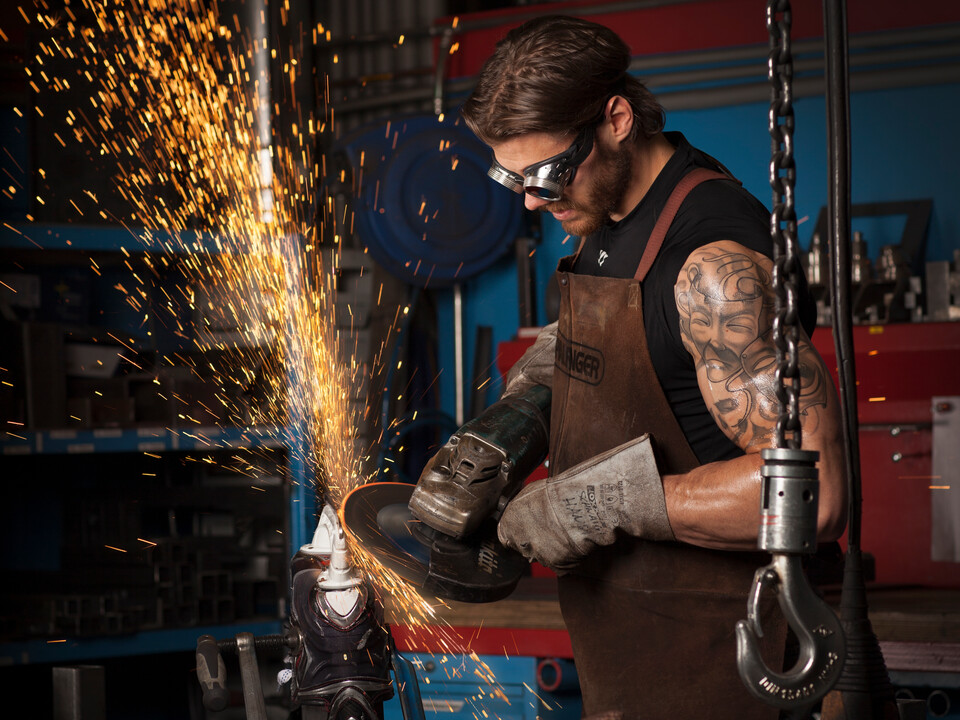 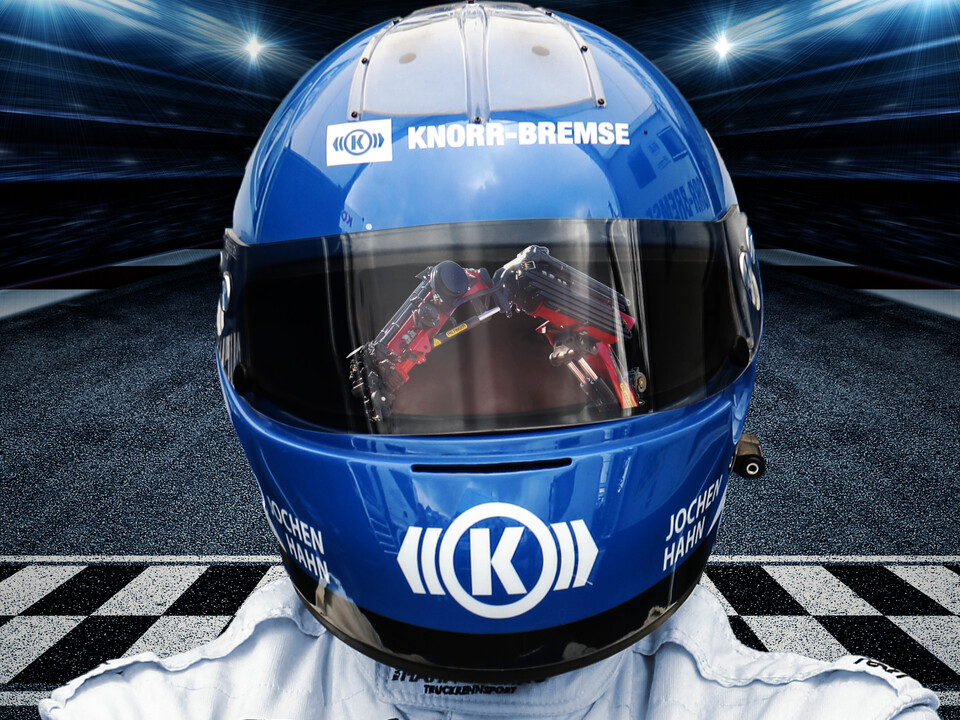 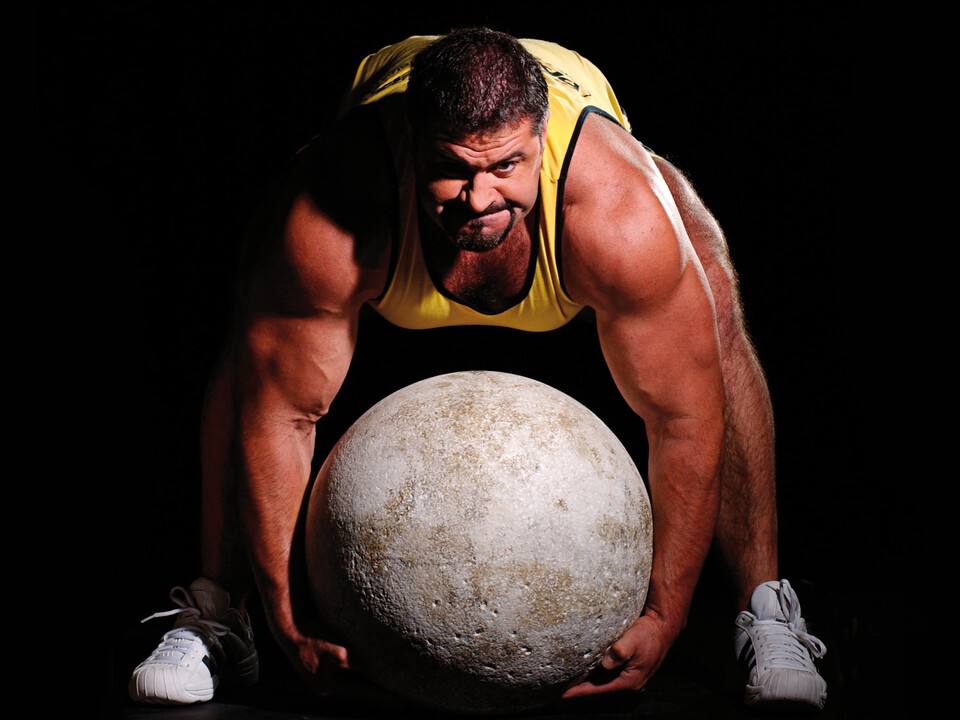 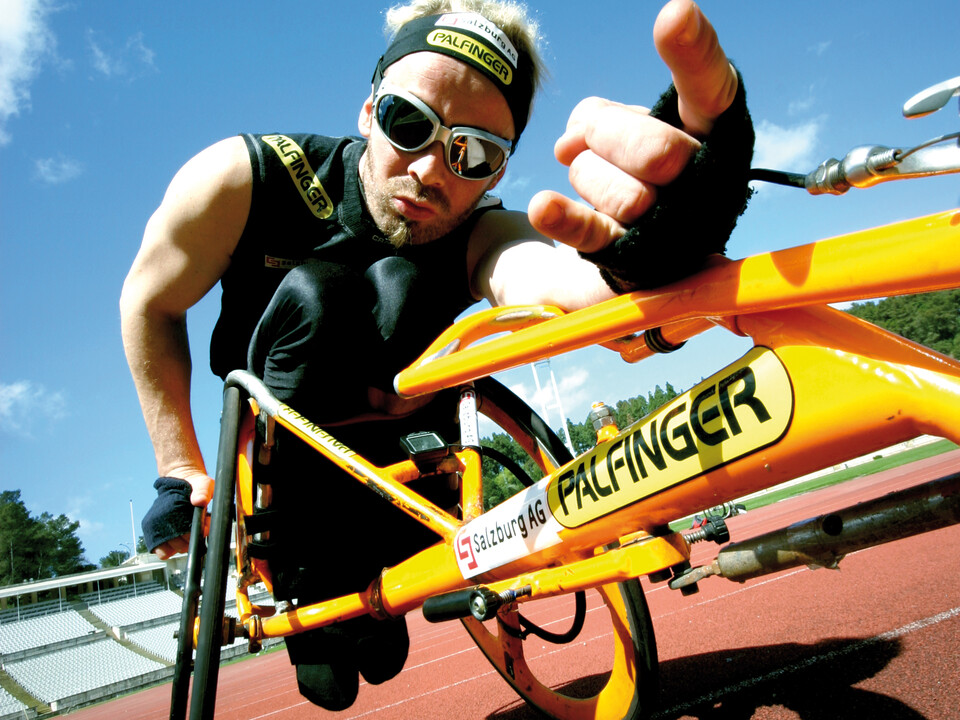 With our common roots in Salzburg and the international brand strategy pursued by both PALFINGER and Red Bull, it quickly became clear that we are forged from the same steel and so the decision to embark on this partnership was an easy one.
Ice hockey Red Bull Salzburg
Sponsoring

A demonstration of strength, speed and precision. The team led by MAN pilot Jochen Hahn has been supported by PALFINGER for many years. For over 20 years, top truck drivers have been thundering over Europe’s race tracks in the FIA Truck Racing Cup.
Team Hahn Racing
Sponsoring

A “genuine PALFINGER” can easily cope with any load. Living proof of this is power sport person Heinz Ollesch. He is the strongest man in Germany and can bend a frying pan as if it were made of rubber. Every year since 1994, without interruption, Heinz Ollesch has been defending his title as “Germany’s Strongest Man”. He is also the current world record holder in overturning cars.
Heinz Ollesch
Sponsoring

At the sporting level, Thomas works with tremendous commitment, professionalism and passion. Just like PALFINGER, his motto is: “Nothing is impossible” and “There is no such word as can’t!”
Thomas Geierspichler

At PALFINGER, donations are defined as voluntary contributions for the common good for which no compensation is received, such as the support of children or young people. Plant managers receive a certain budget for donations. Donations are direct aid given to the intended target groups, and administrative and organizational expenses should be low but efficient. As a matter of principle, PALFINGER does not make any donations to political parties or political organizations.

PALFINGER supports for more than 15 years

PALFINGER has been a partner of the Salzburg children’s cancer charity “Kinderkrebshilfe Salzburg’ since 2003. One particular highlight is the annual traditional sports car outing for and with young cancer patients. PALFINGER provides organizational and financial support for this event.

The Salzburg children’s cancer charity “Salzburger Kinderkrebshilfe” tries to improve the situation for children suffering from cancer and their families. The guiding principle is “helping people in their life”. The “life” of a child covers innumerable desires, dreams and needs which inevitably become circumscribed by the disease of cancer. In addition to providing the best possible medical care, “Salzburger Kinderkrebshilfe” finances special programmes and projects which are essential for the children in this phase.

Animal sponsor for the salzburg zoo

PALFINGER took over the sponsorship of a cheetah girl in the Salzburg Zoo in July 2018. Cheetahs are on the red list and are classified as endangered animals. Their population is estimated at only about 10,000 animals.

PALFINGER wants to make a contribution to protect the cheetahs and their survival. The cheetah fits very well to PALFINGER, because she is fast and dynamic – just like PALFINGER. An internal, Austrian-wide employee survey helped to find the name: she now listens to the name Niara. This has the meaning that the little one is meant for “something big”. Over the course of two years, PALFINGER provides Niara with financial as well as material resources.

PALFINGER has supported the non-profit organization AMREF (African Medical and Research Foundation) for 26 years. AMREF has committed itself to the objective of improving medical care for the poorest and most disadvantaged people in Africa in the long term. AMREF develops health projects in close cooperation with African communities.

The promotion through PALFINGER allows a sustainable and long-term improvement of the living conditions of ten thousands of people.