+++ THIS PRESS RELEASE DOES NOT CONSTITUTE AN OFFER FOR THE ACQUISITION OF SHARES IN TTS GROUP ASA BUT IS MERELY DESIGNED TO INFORM THE PUBLIC ABOUT THE STATE OF A POTENTIAL ACQUISITION PROJECT BY PALFINGER AG. AN OUTLINE OF THIS TRANSACTION WILL BE DISCLOSED TODAY ON THE WEBSITES OF TTS GROUP ASA AND PALFINGER AG IN ACCORDANCE WITH THE NORWEGIAN STOCK EXCHANGE ACT. +++

PALFINGER AG, a company listed on the Vienna Stock Exchange and headquartered in Bergheim/Salzburg, intends to make a takeover bid, via its subsidiary Palfinger Marine GmbH, Salzburg, for all of the shares in Norwegian Bergen-headquartered TTS Group ASA. For every share traded on the Oslo Stock Exchange, a cash amount of NOK 5.60 would be offered. Subject to a positive outcome of the due diligence audit, the offer would be made in agreement with the Board of Directors of TTS, and TTS would recommend its shareholders to accept the offer.

“Together with the acquisition of Harding, this acquisition would place PALFINGER MARINE among the global top three ship equipment suppliers. In the future, we want to be a one-stop shop, internationally offering all maritime customer industries competitive products and services. With a staff of approximately 3,000 employees in 22 countries and revenue of more than EUR 600 million, PALFINGER MARINE would contribute around one-third to the revenue of the PALFINGER Group from 2017 onwards, hence becoming the PALFINGER Group’s strong second mainstay,” comments Herbert Ortner, CEO of PALFINGER AG, on the significance of this potential transaction.

Subject to the positive outcome of the due diligence audit and the official approvals, the intended acquisition is expected to be finalized in the fourth quarter this year, but latest in January 2017.The offer, which will be made in accordance with the Norwegian Stock Exchange Act, also has the support of approx. 67 per cent of the shareholders, among them TTS’s largest shareholder group, the Skeie family, which holds approx. 32 per cent of the shares. The offer will become effective subject to the approval of 90 per cent of the shareholders. We plan to make and disclose the formal offer document four weeks from now. The offer period will end four weeks after disclosure. PALFINGER plans to finance this acquisition via a package of financing products, primarily including term loans, hybrid capital and the issue of promissory note loans.

The TTS Group, headquartered in Bergen, has global operations with a focus on the design, development and supply of equipment solutions and services for the marine and offshore oil and gas industries.
“TTS has clear ambition to grow through the development of a wider range of products and product packages within the deck- and cargo handling equipment to the various vessel segments. Joining Palfinger Marine, and potentially also Harding, will give large synergies and create a solid platform for the planned growth.” says Toril Eidesvik, CEO of TTS Group.

The TTS Group was established in 1966 and has been listed on the Oslo Stock Exchange since 1995. The company has grown through strategic M&A activities since 1996, and has established a leading position in the market segments for marine handling equipment. TTS has a strong foothold in China and through the establishment of three 50% owned companies in China since 2001. The TTS Group has global operations and subsidiaries in Belgium, Brazil, China, Finland, Germany, Greece, Italy, Korea, Norway, Poland, Singapore, Sweden, United Arab Emirates, USA and Vietnam. TTS is one of the top three largest suppliers worldwide in its specialized market segments.

In China, whose shipyard industry accounts for 40 per cent of global shipbuilding operations, TTS has an excellent market position in hatch covers, hose handling cranes and maritime loader cranes through its three 50% owned companies.

The strategic goals of the potential acquisition are as follows:
PALFINGER started its marine operations in 2010 with the acquisition of Ned Deck Systems and has continuously expanded them in subsequent years through additional acquisitions such as DREGGEN or Norwegian Deck Machinery. In 2015, PALFINGER MARINE recorded revenue of approx. EUR 170 million.

About PALFINGER AG
For many years PALFINGER has been one of the world’s leading manufacturers of innovative lifting solutions for use on commercial vehicles and in the maritime field. As a multinational group headquartered in Salzburg, the Company, which has approx. 8,995 employees, generated total sales of approx. EUR 1,229.9 million in 2015.

The Group has production and assembly facilities in Europe, in North and South America, as well as in Asia. The pillars of corporate strategy comprise innovation and the further internationalization as well as the growing flexibility of products, services and processes. PALFINGER is regarded not only as the market leader, but also the technology leader, in the global market for hydraulic loader cranes. PALFINGER is always in proximity to its customers due to its over 5,000 sales and services centres located in over 130 countries across all continents.

Both text and pictures are available in the newsroom of our website at www.palfinger.ag.

About TTS Group ASA:
The TTS Group is an international corporation that provides first-rate handling solutions and access systems for the marine and offshore industries. Headquartered in Bergen, Norway, TTS is one of the top three largest suppliers worldwide in its specialized market segments with subsidiaries in 15 countries and serves a global client base from strategic points in Europe, Asia and America.

The TTS Group runs a worldwide operation with a workforce of 1100. TTS has built a strong market position, based on a diversified product portfolio, in its core shipping markets. TTS aims to create value and increase efficiency for it’s customers through a dedicated focus on product quality, efficient project execution and customer-oriented services, combined with an innovative approach towards utilizing new technology.

More information is available at TTS’ website at www.ttsgroup.com.


+++ THIS PRESS RELEASE DOES NOT CONSTITUTE AN OFFER FOR THE ACQUISITION OF SHARES IN TTS GROUP ASA BUT IS MERELY DESIGNED TO INFORM THE PUBLIC ABOUT THE STATE OF A POTENTIAL ACQUISITION PROJECT BY PALFINGER AG. AN OUTLINE OF THIS TRANSACTION WILL BE DISCLOSED TODAY ON THE WEBSITES OF TTS GROUP ASA AND PALFINGER AG IN ACCORDANCE WITH THE NORWEGIAN STOCK EXCHANGE ACT. +++ 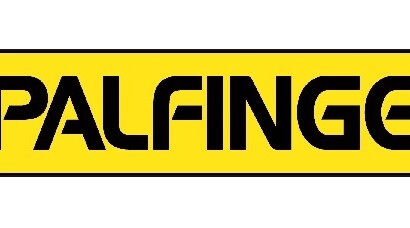 The international mechanical engineering firm of PALFINGER is the global leader for innovative crane and lifting solutions. With a workforce of over 11,600, 34 manufacturing sites and a worldwide network of dealerships and maintenance centers at over 5,000 locations, PALFINGER is always close to the customer.

As the leader in its engineering field, the company aims to ensure its partners’ business success in the long term by providing solutions and products that remain economically and ecologically viable in the future. Its broad product and model portfolio allows PALFINGER to take digitalization and the deployment of artificial intelligence to new levels.

As a global company with strong roots in its home region, PALFINGER is convinced that thinking and acting in the interests of sustainability plays a vital role in successful business operations. This is why the company assumes social, ecological and economic responsibility along the entire value chain.

PALFINGER AG has been listed on the Vienna stock exchange since 1999 and in 2020 achieved a revenue of EUR 1.53 billion.